The Most Grandiose Title For a Blog

Sometimes I try to remember where the time went.
I remember struggling to get out of work Thursday in time to get Scherie and drive back again almost the same distance to the theaters to see 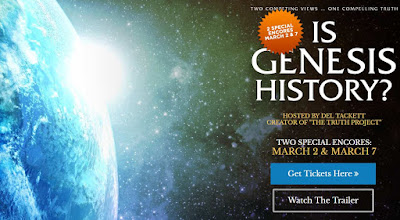 I found this movie to be very informative. I liked it a lot and recommend it.

Saturday I went in to work to clean up a few items on my desk, collating electrical and hydraulic prints and filing PDFs I had made of them at FedEx but instead ended up replacing a motor one of my guys was supposed to do but couldn't because I had to ask him to do something more important.
When I had replaced the motor, the robot that was supposed to tell it to spin up, refused to. The network protocol that the robot was speaking (devicenet, as opposed to skynet) is difficult to troubleshoot, so rather than troubleshooting it, I spent my morning rewiring it and reprogramming it to command over ethernet.
Actually Skynet. Seriously, this robot could now conceivably tell a motor in China to turn on, given the correct security permissions. Maybe.
Really, it's not Skynet, it's Ethernet IP. Same thing :)

I managed to wrap it up in time to get to the radio station in time to make the show.
Yesterday's show was probably one of the best I've been involved with.
A local parent, Ash, found that his son had attended an art class at his high school only to be subjected to a projection on a screen throughout the class accusing Trump of lying. We had quite the discussion of the influence (appropriate and not) of educators on our children in public education.

A friend of mine, Walter, called in.
Few people listening know that Walter and I used to play together at Church (he the Bass and I the Keyboards) and he used to attend my Bible Study.
He's become quite the celebrated phone caller on a number of shows and stations locally and nationally.

Afterwords, we had a small going away party for another broadcaster who was "retiring" from broadcasting. At what I think is the age of 30.
Matt Clark has been broadcasting some great radio for about eight years and the ClarkCast will be missed. Some really clever influential stuff there.
We bid for his time slot. And won. Hey! Someone had to get it.

I took Scherie to dinner afterwards at our favorite local BBQ: Boneheads.

This morning was supposed to be the business meeting at the church, but I got called early (very early) for a problem that someone had inadvertently created at work.
I finally determined that I couldn't fix it over Skynet, so I'd have to go in.
I dropped Scherie at church in the firm belief that someone would have pity on her and take her home. They did.
Actually I met Scherie and Bonnie (and two of her great grandkids) at the local Cracker Barrel.  Good food, good friend, good service and so many after church people. Northern Hillfolk (we have a lot of people of Tennessee extraction) and a lot of well dressed blacks. Anybody who says we live in a racist nation has not eaten here. Politeness abounds.

I was informed at dinner that my Business Report was submitted in my absence. Also, in my absence, I was volunteered for a few projects. I was afraid of that.

So now I have an opportunity to blog.
As always, the question arises, "What shall I write about today?"
I'm still waiting for the answer.

Posted by Ed Bonderenka at 6:21 PM