At the ten minute mark, our son, SCPO Scott Jones, speaks at this Memorial Day Commemoration in Higganum/Haddam, Connecticut.
I'm rather proud of him for what he said, and that he was chosen to say it.

Email ThisBlogThis!Share to TwitterShare to FacebookShare to Pinterest
Labels: Great Moments in History, Home Front News, Men to be admired

Honor the fallen.
Carry on the battle for freedom.
Oppose tyranny.
Protect the weak.

“defend the Constitution against all enemies, foreign and domestic.”

They made the ultimate sacrifice so you might enjoy your freedoms.

Email ThisBlogThis!Share to TwitterShare to FacebookShare to Pinterest
Labels: Men (and Women) to be admired, War Stories

My friend Joe had an AC problem.
He called an HVAC company.
They told him he needed a new furnace, that his was unsafe and they locked it out.
If he hadn't called them, he would at least have the same amount of heat he did the day before.
Then they quoted a new furnace/AC unit as if they had him over a barrel.
And I'll bet that he could not buy the simple heating system (less than 95% efficient) but instead was quoted the new fuel saving, global warming preventing unit the regulatory agencies approve.
The ones that never recover the cost increase of purchase and installation.

I'll be frank. I am not a licensed HVAC tech.

It's sad the way it works.
Say you have a cracked heat exchanger.
Your AC is probably good.
They always sell a new AC with the new furnace because they refuse to just replace the heat exchanger.

My heat exchanger went bad a couple years ago.
The way I knew was because a sensor that detects that condition kept shutting my furnace off.
It's called a flame roll-out sensor.
I plugged the gas orifice to that portion of the heat exchanger and had heat the rest of the winter.
I pulled the heat exchanger out in the summer.
The part was still under warranty, but no one would do the labor! They had no interest in the work!

I paid a guy under the table $100 to exchange my heat exchanger because you need a license to do so.

I pulled it out and I put it in. It wasn't particularly hard. Or dangerous.

So's my truck, What's your point?

So the State of Michigan under the dictatorship of Governess Whitmer has yanked the license of a 77 year old barber who refused to stay closed under the Chinese-style lockdown.

Why is he licensed? Is it to guarantee his skill level?
Or to gather revenue and keep him in line? That was a rhetorical question.

When I interviewed Michigan State Rep Karen Whitsett, it turned out that a large number of her constituents had no appliances.

You hear often of families dying of carbon monoxide poisoning or even of burning to death because they rigged heating systems (including fire barrels) trying to get through the winter.
They can't afford a new furnace! So they make do as best they can until they die.

Why do we let our government do this to us?

Obamagate IS A Fitting Term

"Gate" is often tagged onto a term to denote a scandal.
Pizzagate. Bridgegate. Obamagate.

These terms all echo (or rhyme) the original: Watergate.

The term has come to mean the scandal that drove Richard Nixon, an incredibly popular president, from office.

The scandal started with the suspicion by men in the intelligence community who worked for the president, that the DNC was "in cahoots" with the Russians.
They illegally broke into the DNC offices in the Watergate complex to gather evidence of this.
They did this without the knowledge of President Nixon.

But when Nixon became aware of their activities, he tried to cover up their criminal behavior.
And the question became, "What did Nixon know, and when did he know it?".

A group of intelligence community members and aides to President Obama suspected (more likely, pretended to suspect) that the Republican candidate, and then incoming president, Donald Trump was "in cahoots" with the Russians.

They then pursued illegal means to first "plant evidence" that this was true. The Steele Dossier was chief among that "evidence".

Then the illegal FISA warrants, surveillance,  and prosecutions.

Where were the Woodwards, the Bernsteins during the scandal? The courageous media?
Cheering on the effort.

Now it appears the question is "What did Obama know, and when did he know it?" 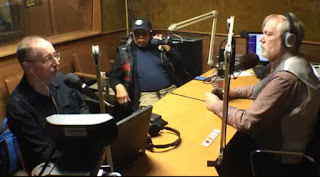 At about the 43 minute mark, this gets real interesting.

Dan Bongino is making a case that Flynn wasn't unmasked.

Flynn was targeted. Not a byproduct.

Either our IC did it or a foreign agency that gave it to the Obama team, which is using unmasking to cover up.

That is REALLY against the law.