My sister died a few days ago. She had been in hospice for a couple weeks.
The viewing is today and funeral tomorrow.
She was between eleven and twelve years old than me (depending on the time of year).

I always new that Joan was my half-sister. That her father was my mom's first husband.
That he was an alcoholic that had left them.
In my teens, I learned that my sister had been taken from my mom, who was deemed an unfit mother.
She was a nightclub singer in the Detroit nightclub scene.
Joan was put in a home.
Before I learned this, I just knew that my dad married my mom and adopted Joan.
When I came home from military service I was told by my sisters-in-law, at lunch one day, that my Uncle Joe had passed. I was surprised. I had never heard of my Uncle Joe.
My uncle Joe was my dad's brother.
He was Joan's father.
He died an alcoholic in the Cass Corridor.

Well, that explained something my buddy pointed out in the barracks a few months earlier.
I "favored" my dad in my looks, and you could see it in Joan also.
Despite her being a beauty queen in high school, she and I and my dad shared some family resemblance and my friend, knowing that she and I did not share a biological father, remarked on this when I showed him some pictures I had taken on leave.
My sister was my cousin and our dad was her uncle.
My dad had taken it upon himself to visit her in the "orphanage" she was placed in.
She said it always reminded her of the book (that was made into a  Fred Astaire movie) Daddy Longlegs.
I was reading the book in high school when she told me this.
I had never known she had been in a "home" prior to that.
My dad then dated my mom, and were married, and he adopted Joan.

When I was a young boy, my mother was very loving and nurturing.
She was very musical, and would sing popular standards around the house.

Upon the birth of my first younger brother, that changed.
My mother and I did not get on well. I was taken for counseling as a child, but having seen the records when I was in the Air Force, I saw that there really had been nothing wrong with me but some sibling rivalry. Mom apologized to me a couple years before her death.
She had been raised an only child, she said, and when she had three boys in the house, she wondered why Ozzie and Harriet had the Nelson family, Fred MacMurray had "My Three Sons", she wondered why she had "My Three Sons from Hell". We were a handful.

I remember Joan baking peanut butter cookies just for me, taking me to the doctor's office once (with my mom) in an emergency that I won't discuss right now.
Introducing me to Dr. Seuss.
Teaching me all kinds of stuff. Started me on stamp collecting.
Explaining to me what "mucilage" was and why Knox gelatin strengthened finger nails, and that it was made from cow's hooves.
Much more.

My sister dated a guy named Bob in high school. I was their chaperone.
I was taken to movies, state fairs, carnivals, all kinds of places with them.
When Joan married Bob, who she remained married to until his sudden death a couple years ago, they would take me into their apartment on weekends. They had a flat in a home and it held some of my warmest childhood memories.
They eventually bought a home in Wayne, Michigan and I would still be taken to their home on the weekends and spend summers with them.

She was a surrogate mom to me. She later said she just wanted to get me away from my mom.
As she had children, they became like younger sisters and brothers to me.
I lived my senior year in her home. Bob got me a job at the grocery chain he was a manager for.

When I got out of the service, I  lived in their basement while job hunting.
I worked around the house, fixed their cars, and mine, and tried to be handy.
I had applied to a job at the Willow Run factory for summer employment without the intention of working there. When the employment office there called her house to offer me a job, she took the call and there was no getting out of it. I worked there for seventeen years and it made me what I am today, career wise.
When I was dating a young lady and announced our intention to marry, my sister was the only one who had the nerve to take me aside and convince me it would be a big mistake.
I later learned how right she was, but only after following her advice and breaking off the engagement.
That's the kind of positive influence she had in my life.
Due to my conversion to Christianity and my subsequently alienating a number of family members with my zeal to see them similarly convert, we fell out of touch for a number of years.

Imagine my surprise to be invited to a church dinner at an almost local mega-church and see Joan and Bob in line to fill their plates.
We talked for almost an hour. I missed my niece (through Scherie) giving her testimony to the group about the influence of Scherie and I on her life.
But I had my sister and brother-in-law back.
They had, as I had, left the denomination we were raised in, and had accepted Jesus as their only hope for heaven.
They had become members of that Church (and more importantly, the Body of Christ) and served the Lord until the days of their going home to be with him.

I'm leaving the house now for visitation and meeting with my sons and other family members there.
I've been typing furiously to complete this by now and I have.

I'll probably be back to edit later when I see how many mistakes I made :)

Have a blessed day
. 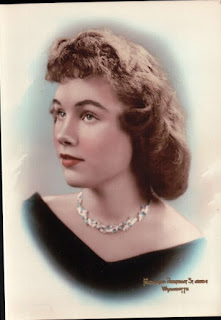 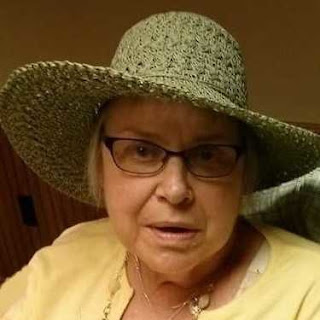 Posted by Ed Bonderenka at 1:40 PM

Email ThisBlogThis!Share to TwitterShare to FacebookShare to Pinterest
Labels: Men (and Women) to be admired