Another Court Has Ruled Lockdowns Unconstitutional

Lansing — The Michigan Supreme Court ruled on Friday that Gov. Gretchen Whitmer did not have authority after April 30 to issue or renew any executive orders related to the COVID-19 pandemic under the 1976 Emergency Management Act.

The court, in its 71-page ruling, also found Whitmer did not possess the authority to exercise emergency powers under the 1945 Emergency Powers of the Governor Act because the act violates the Michigan Constitution.

There is a fear that the legislature will now actually start working with her and enable her to continue to place restrictions on the population.

UPDATE: Michigan is free!  On Your American Heritage this week.
A discussion of the Stand Up Michigan group with co-founder Ron Armstrong and reaction to the Michigan Supreme Court Ruling that Governess Gretchen Whitmer has been acting unconstitutionally in locking down the state.
Stand Up Michigan and Stand Up Churches continues to stand against government overreach.
Then David Kallman of Great Lakes Justice Center joins me with a visit from Rick Deitering to discuss the legal ramifications of that court ruling.

I was listening to the radio this morning (The Steve Gruber Show) and a guest was talking about how the rioting was abating, perhaps because of the colder weather.
Then something occurred to me and I called into the show to say: 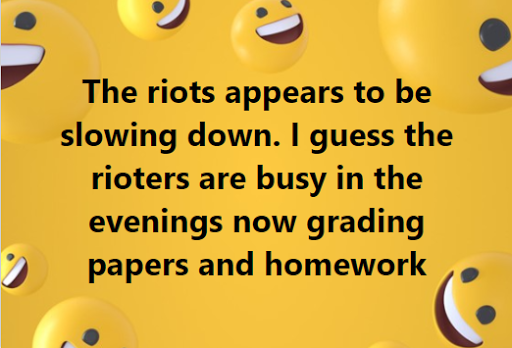 Posted by Ed Bonderenka at 7:41 PM

Email ThisBlogThis!Share to TwitterShare to FacebookShare to Pinterest
Labels: Covid