The Worker in the Cube Farm 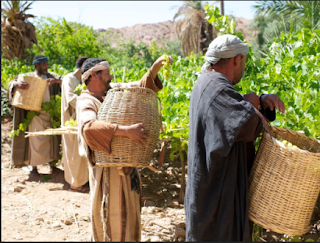 8 “So when evening had come, the owner of the vineyard said to his steward, ‘Call the laborers and give them their wages, beginning with the last to the first.’ 9 And when those came who were hired about the eleventh hour, they each received a denarius. 10 But when the first came, they supposed that they would receive more; and they likewise received each a denarius. 11 And when they had received it, they complained against the landowner, 12 saying, ‘These last men have worked only one hour, and you made them equal to us who have borne the burden and the heat of the day.’ 13 But he answered one of them and said, ‘Friend, I am doing you no wrong. Did you not agree with me for a denarius? 14 Take what is yours and go your way. I wish to give to this last man the same as to you. 15 Is it not lawful for me to do what I wish with my own things? Or is your eye evil because I am good?’ 16 So the last will be first, and the first last. For many are called, but few chosen.”

As labor is short, especially qualified help, the kind of wages being offered new hires surpasses the level the workers with seniority get by on.
I highly suspect that given the wage levels I'm offered regularly to leave my current employer reflect what the company will pay to replace my co-worker who left last year.
They are significantly higher than what I currently make.
And what I make now is just about what I made 3 years ago when I hired back in.

But I'm not a job hopper by intent, only by plant closures and circumstances not related to wages.
https://ed-bonderenka.blogspot.com/2017/08/work-life.html

So the workers in the vineyards agreed to a wage. And the new guys got more. And the old guys felt cheated but were admonished to be happy with what they had.

I like my job and for the most part it is fulfilling. Jumping for more money might lead to discontent.

Posted by Ed Bonderenka at 7:28 AM