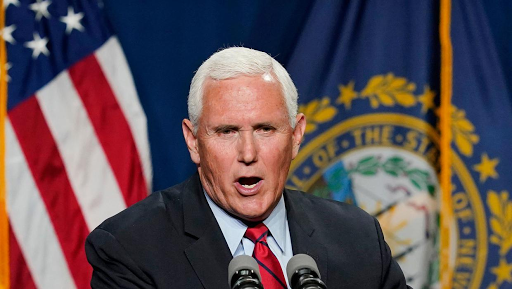 I'm getting quite a few emails from "Vice President Mike Pence".
He's obviously considering a run for president.

I have only a small problem with Pence on not supporting the decertification of Electoral College votes.

It was a stretch, but would have been symbolic.

But to call January 6th a dark day made me curse him.

A pox on his aspirations.
How have I been fooled by so many "conservative" politicians, because they meet my evangelical expectations, unlike Trump?

John Kasich,
Rick Santorum.
Mike Pence.
I'm not as smart as I like to think I am.
Posted by Ed Bonderenka at 7:36 AM