Man is a being created in the image of God.

The "image" is present at conception when the DNA is formed that determines your "image".

The image is stamped then.

Your hair, skin and eye color, your height, your gender (whether you like it or not).

Your image has been determined.

If you have been created in the Image of God, that must be when it happens.

How dare some insist they can destroy the image of God in the womb.

Afghanistan and 9/11 with Mustang

Today, I had Mustang on the show to talk about 9/11 and Afghanistan and our involvement in the Middle East.
My friend Rick liked the show so much that he asked us to continue it on HIS show.

There is no law that says you have to listen.

But just as Biden decided that it's the law that you must get the shot, you just never know about these things.

Speaking of the law and shots, we talked with Star Attorney and one of my heroes, David Kallman about the validity of that rule.

Mustang blogs at https://thoughtsfromafar.blog/ and https://fixbayonetsusmc.blog/
Posted by Ed Bonderenka at 10:26 PM 1 comment:

We find ourselves beset by enemies foreign and domestic.

There's a learning curve in dealing with them.

1 Now these are the nations which the LORD left, that He might test Israel by them, that is, all who had not known any of the wars in Canaan 2 (this was only so that the generations of the children of Israel might be taught to know war, at least those who had not formerly known it), 3 namely, five lords of the Philistines, all the Canaanites, the Sidonians, and the Hivites who dwelt in Mount Lebanon, from Mount Baal Hermon to the entrance of Hamath. 4 And they were left, that He might test Israel by them, to know whether they would obey the commandments of the LORD, which He had commanded their fathers by the hand of Moses. Judges 3:1-4

We were discussing this verse in my Bible Study Tuesday.

Life application:
We must look for judges to rise up to lead us to war.

On our knees before God and on our feet before demonic forces that seek to destroy us. 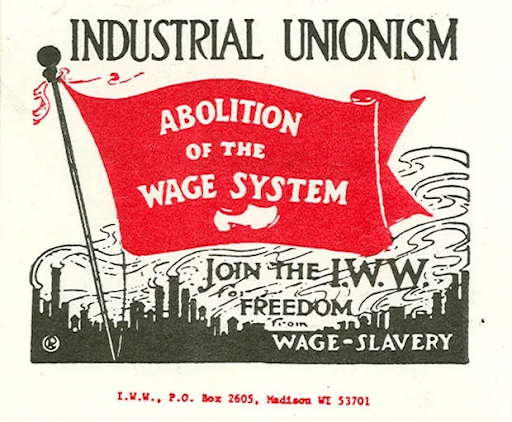 My name is Ed Bonderenka, and I’m not your fuzzy insurrectionist..
My pronouns are Hey! You!

The show is produced by Derek Stone, the Swiss Army Knife of radio.

It’s Day 227 of the coup, the takeover of the American Government by forces opposed to the values of the founders of the nation. By those who seek to enslave Americans and enrich themselves.

Let’s open in prayer.
Father, please lead us and guide us today and in the days to come,
Please give us the wisdom we need as we fight the destruction of our country by the people who are supposed to be defending it and us. Please help us retake the reigns of government from these traitors and criminals.
Please move mightily and either bring them to a place of repentance or remove them from power.
Please reveal the intent of their hearts to the American people.
Please help the American People to turn You for support and strength.
It is the power of Your Spirit that can strengthen and empower us regardless of denomination or religious affiliation.
It is your principles that our form of government was founded on.
Please help us return to those principles. Amen

It’s Labor Day weekend. It’s the day that our government has decided to set aside as a day to memorialize Labor.

It was that or May Day, a day very overtly connected with international socialism, another name for communism.

The proposal for a day to celebrate labor came from some of the earliest trade unions and labor organizations which popped up after the 1860s. The two prominent labor organizations at the time were the Central Labor Union and the Knights of Labor.
The CLU was led by a Marxist and the Knights of Labor were a secret society that went public eventually.
They both held a large rally in Early September that they inspired them to make it an annual event with national recognition.
It is also said that the VP of the AFL about that time, inspired by the MayDay labor events he had seen in Europe promoted the September day because of the weather of the first week of September. He imagined parades, picnics to which tickets would be sold to as fundraisers and speeches made to those present.
Definitely a political event. And the Central Labor Union liked the idea.
Over the years, states and municipalities adopted the date and eventually By 1894, thirty U.S. states were already officially celebrating Labor Day. In that year, Congress passed a bill recognizing the first Monday of September as Labor Day and making it an official federal holiday. President Grover Cleveland signed the bill into law.

Remember, not every Federal Holiday is a day off work for the general public. Columbus Day (Indigenous People’s Day) is an example of that. President’s Day is another example.

Enjoy the weekend. For me and mine every day is the day that the Lord has made and I will rejoice and be glad in it.

Your mileage may vary.

Today’s guest is friend of the show, attorney David Kallman.
Dave is a principal in Kallman Legal Group. He is also a co-founder of Great Lakes Justice Center and Salt and Light Global.
Visit www.greatlakesjc.org/ or www.slgwitness.com

Hi Dave!
Last week, as we talked, you were in the office working on a case that you said would be very important and I had asked you back to talk about it.
Then I heard you on the Steve Gruber Show which is carried on WAAM radio weekday mornings and you briefly talked about the case. I’d like you to expand on that case and what it means for us.

A judge has blocked Western Michigan University from enforcing a COVID-19 vaccine requirement on four female soccer players who sued.

U.S. District Judge Paul Maloney in Grand Rapids ruled that they are likely to prevail on claims it violates their constitutional religious rights. He issued the temporary restraining order Tuesday, the school’s deadline for athletes to get an initial shot or be unable to compete.

Maloney scheduled a hearing concerning a temporary injunction on Sept. 9.

Unlike at other Michigan universities, Western’s vaccine requirement does not extend to all students and employees, though the unvaccinated do have to undergo weekly coronavirus testing.

How solid is this a victory?
From CONSTITUTIONAL INSURGENT at https://libertasandlatte.wordpress.com/2021/09/03/pet-issues-and-precedent/

an OpEd in the WSJ notes:

“This one delegates exclusive enforcement to private citizens, who are authorized to sue anyone who “aids or abets” an abortion after six weeks. Citizens who prevail in their civil lawsuits are entitled to at least $10,000 per abortion along with legal costs.”

The law sets an awful precedent that conservatives should hate. Could California allow private citizens to sue individuals for hate speech? Or New York deputize private lawsuits against gun owners? Texas argues that abortion providers don’t have standing to challenge the law because the state isn’t enforcing it and neither at this point is any private citizen. Thus there is no case or controversy, which is what courts are supposed to settle. This is technically correct and it is why the five Justices declined to enjoin the law.

Could this be used by Blue States to attack gun rights for instance?

CNN: “Wednesday night's order, issued with barely three days of consideration, represented nothing short of a jolt and an assault on a woman's constitutional right to end a pregnancy in its early months.”

Planned Parenthood v. Casey
The Court overturned the Roe trimester framework in favor of a viability analysis, thereby allowing states to implement abortion restrictions that apply during the first trimester of pregnancy. The Court also replaced the strict scrutiny standard of review required by Roe with the undue burden standard, under which abortion restrictions would be unconstitutional when they were enacted for "the purpose or effect of placing a substantial obstacle in the path of a woman seeking an abortion of a nonviable fetus."

John MacArthur and Grace Community Church won against LA County and the state of California to recoup legal fees.
https://californiaglobe.com/articles/grace-community-church-wins-against-gov-newsoms-attacks-on-religious-liberty/

I posted the Patriot or Traitor Quiz a few days ago.
Read it on the radio.
I neglected "Criminal" as a choice.

The Act of Congress requires international governments receiving weapons from the United States to use the armaments for legitimate self-defense. Consideration is given as to whether the exports "would contribute to an arms race, aid in the development of weapons of mass destruction, support international terrorism, increase the possibility of outbreak or escalation of conflict, or prejudice the development of bilateral or multilateral arms control or nonproliferation agreements or other arrangements."[2] The Act also places certain restrictions on American arms traders and manufacturers, prohibiting them from the sale of certain sensitive technologies to certain parties and requiring thorough documentation of such trades to trusted parties.

When the President is aware of the possibility of violations of the AECA, the law requires a report to Congress on the potential violations.

Biden transferred some of the most sensitive military technology we have to enemy forces.
There is every reason to believe that our enemies will use that technology against American Citizens.

That's not just criminal, that's treason. Hanging would be too good for this administration. 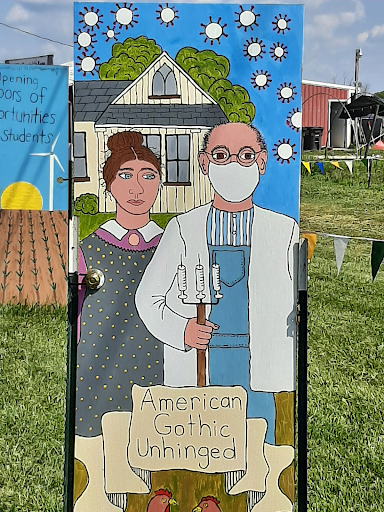