A Merry Christmas to You!

I've got some white privilege to shovel. 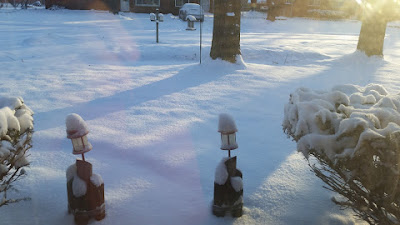 Pray for our troops who are forward deployed please.
I've got a nephew in Guam. Carry on Andrew, and thanks.

I remember being away for a few Christmases.
There was the time I found out I was going to be deployed to Iran for 6 months.
I decided to fly home for Christmas before going to that hellhole.
I flew home space available, waiting in Frankfurt at Rhein-Main Air Base for over a day (many had been waiting over 48 hours!) until they scheduled a cargo plane just to clear the terminal of all of us waiting.

When I flew back to West Germany with a pre-purchased ticket, I was a little later getting to the airport than I wanted to be due to waiting on family who wanted to see me off.
Dad dropped me at the door of the airport (no TSA!) while he parked.
I entered the terminal to hear last call for my flight announced.
I ran like O.J. Simpson through the terminal, in wool uniform with a coat on, carrying my duffel bag. I don't know why I didn't use my B-4 bag, which I still use to this day.

I arrived at the gate just as they close the door on the plane.
The stewardesses looked at me, smiled and opened the door to let me in.
I went through First Class to find a seat in economy and to my horror, as we were taxying away, I saw that all the seats were taken!
In panic I asked the stewardess whether this was the correct flight.
She asked for my ticket (no one else had yet!) and pointed out that I had been bumped to First Class. Oh Yeah :)
And then I saw that the flight had been changed to an earlier time and I hadn't noticed.
Dad, my brothers and nieces and nephews wondered what had happened to me.

That wasn't the first time my dad was upset with me concerning picking me up or taking me to the airport.
I once flew home from South Carolina for Christmas on short notice and could only book a flight to Toledo, not Detroit.
Dad was to drive there to pick me up.
Except the heavy snowstorm that closed Toledo diverted our plane to Detroit!
Dad drove for hours through a blizzard to the Toledo airport only to find I was in Detroit.
Dad was a highly intelligent guy, but it still took him a couple days to calm down and understand that I couldn't book to Detroit in the first place.
My sister picked me up. 10 minute drive from her house to Detroit Metro. :) 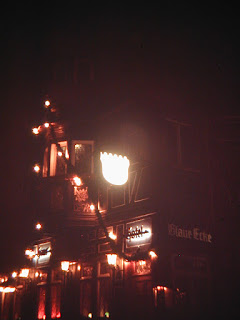 I spent one Christmas in a hotel in Nurberg one year. What a pretty town that was. That's the one where the Nurburgring race track is (drove that!). 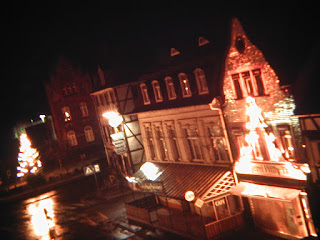 My team was working on a mountaintop nearby.
We bought roller skates in town and built skateboards out of crate boards.
Skateboarded down that hill into town. The locals were amazed. I don't think they had ever seen a skateboard.
I took a turn too fast and slammed into the side of a parked bus. Fun times. 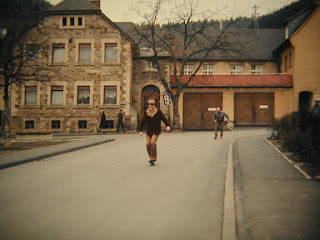 Spent one Christmas Eve with friends in Il Duomo in Florence at Midnight Mass in an attempt to get warm. The Oil Embargo caused a lot of hotels to turn off the heat.

I was deployed to a lot of nice places, but those places were far from home and family.
For all the happy memories, I remember the feeling of wanting to be with family and loved ones.

May God comfort our troops and protect them from our enemies and from depression and loneliness and return them safely to their families and loved ones.