Something I printed in The Courant for December.

You can click on it if you want to see it a bit bigger :) 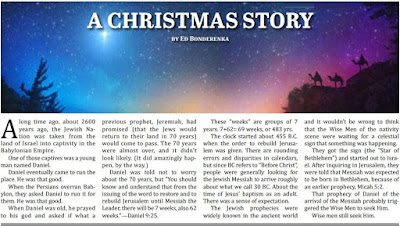 And our Christmas show:
I should say that the first half of the show was an interview with an anti-illegal immigration spokeswoman and the effect on American citizens. AOW was mentioned.
The second half was was on the government shutdown (such as it is), Syria (General Smedley Butler was discussed) and the last quarter was on Christmas and Festivus (45:30), wherein I play my favorite Christmas song at 48:20.

If I don't see you before then, Merry Christmas to you and yours!
Posted by Ed Bonderenka at 6:03 PM

Email ThisBlogThis!Share to TwitterShare to FacebookShare to Pinterest
Labels: The Courant