National Socialism vs Communism in America

When I read Liberal Fascism by Jonah Goldberg, 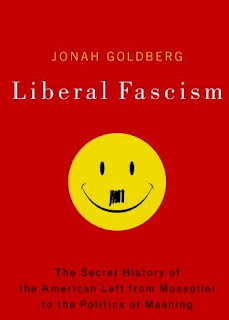 one of the points he made was that Hitler and the Communists were in opposition primarily because Hitler was a nationalist and the communists believed in the Internationale, a global communism.

Hitler wanted power, but over a socialist state that he ran, that was German in nature.

Today we are faced with a Democratic party that is socialist in nature, but is rejecting national identity.
Is there a conflict in that party?
Are there those who are genuine patriots (John F.Kennedy/Scoop Jackson democrats) yet with a socialist vision, regardless of degrees?
Do they see the open borders crowd, the internationalists, globalists as their political rivals?
I think not.
I'm trying to think of an example of a national democratic figure that is America First.
Can't, He or she would be ridiculed as a nationalist and if he/she were white? a White Nationalist!

So I guess that the Democrat Party can no longer be considered the analogy of the Nazi Party.
It's no secret that CPUSA  Platform and the DNC Platform are similar platforms. Is God still in the Dem Platform?
Hmmm.. I just looked. He's tangentially mentioned in at least a reference to a God-given right to education. Of course that's not one enumerated in the Constitution. Yet.

All of the major players in the Democratic Party are rejecting limits on border enforcement.
Without borders, you can have no national government. What area would it govern?
Who would it be subject to, responsive to?
The only border would then be the stratosphere and that would require a government that controls all in that border. A Global Government.

This is not breaking news, no earth shattering revelation.
Just a juxtaposition that occurred to me this morning.

Comments?
Posted by Ed Bonderenka at 10:40 AM