The Necessity of Childhood Vaccinations

There has been much discussion, particularly in social media, over the  necessity of childhood vaccinations. It gets very heated.

One conflict is the concept of personal liberty vs government demands for parents to do something they see as dangerous to their children.

Maladies that can spread like wildfire through such a closely compacted environment.

The children are forced there to be in close proximity, taking in all that is floating about in the environment we insist they inhabit.

These children have had no prior exposure to these maladies and are therefore very susceptible to them.

Maladies like socialism, communism, collectivism, an unwarranted fear of the climate and the planet conspiring to kill them unless they submit all their personal freedoms to the government.

May I suggest a heavy dose of:
Proverbs 22:6 New King James Version
Train up a child in the way he should go,
And when he is old he will not depart from it.
and similar.

On top of that, regular exposure to
When in the course of human events it becomes necessary for one people
to dissolve the political bands which have connected them with another
and to assume among the powers of the earth, the separate and equal
station to which the Laws of Nature and of Nature's God entitle them ... 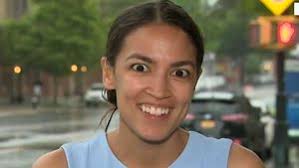 That would be tragic.
Or they might end up like these kids, fearing for their lives from a killer climate.