The Land of the Free and the Home of the Brave. 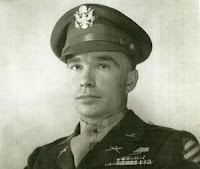 From Task and Purpose
Then-1st Lt. Garlin M. Conner had just been treated at a field hospital for injuries and rejoined his unit after on Jan. 24, 1945, when he single-handedly stopped 600 advancing German troops and six tanks by calling in artillery strikes for three hours, the Lexington Herald-Leader reported. In the end, 50 German troops were killed and another 100 were wounded.

“Despite the enemy coming within five yards of his position and friendly artillery shells exploding around him, he continued to direct the fire of friendly artillery, which ultimately repelled the assaulting enemy elements,” the White House announced on Thursday.
Conner, who was reportedly the second-most decorated World War II soldier when he left the service, died in 1998. Trump called his widow Pauline Lyda Wells Conner on March 26 to let her know that her husband would receive the nation’s highest military award for valor, her attorney, Donald Todd, told Task & Purpose.

Today, we are overwhelmed by those who would destroy our culture, our system of government and our economic lifeblood.
They celebrate a morality that advocates, advocates!, infanticide, unnatural lifestyles and other practices that have always led to (or indicated) the demise of a civilization.
They encourage the overrun of our borders by hordes of people uninterested in adhering to our constitutional constraints on behavior.

Many evangelicals believe that God judges nations based on their behavior.
It's attributed to Billy Graham that: if God doesn't judge America (for it's immorality, condoned by it's government, allegedly the will of the people) , then He owes an apology to Sodom and Gomorrah.
Yet we ask God to spare judgment on the land as we attempt to fix it. We pray that His judgment doesn't hit us when it finally breaks loose. We don't want our feathers ruffled.

I was on the radio, commenting about the state of a country where so many of it's citizens would still rally to Robert Francis O'Rourke. Who are these people?
Why do they excuse his weirdness and perversion and believe he'd make a great leader?
If not him, then Bernie Sanders, a communist sympathizer?
Or any of them?

What would it take to bring this country back to it's former morality?
A listener texted me that a good Great Depression might have that effect. Gary is an atheist who believes that this country is in trouble for it's leaving the God of the Bible. And an economic disaster might bring focus back to the basics instead of the weirdness.

So, if you are a Christian, and you look around you at the landscape, does it upset you?
Does it disgust  you?
Are you willing to say, "God, if it takes Your judgment to turn this around, to preserve the remnant, please let it rain. Here's the coordinates. Yep. I'm right in the drop zone. Fire at will."

Posted by Ed Bonderenka at 8:21 PM

Email ThisBlogThis!Share to TwitterShare to FacebookShare to Pinterest
Labels: Great Moments in History, Men to be admired