A Talk with Matt Briggs

Good Afternoon and welcome to Your American Heritage where we talk about the two things you’re not supposed to: Religion and Politics.
My name is Ed Bonderenka, and I’m not your fluffy Insurrectionist.
I’ll be your host today. My pronouns are: Sir and Yes sir
The tower tells me we are clear for takeoff.
Tower? Do you copy?
Please fasten your seatbelts and stow any Left wing philosophy in the trash bin of history.

How was the legitimate president of the United States removed from office?
How did the Biden administration rise to power?
How could an incumbent president be unseated. Remember. Incumbents always have the advantage.
And the economy is usually the measure of the probability of re-election.
President Donald J Trump had a booming economy.
My cousin sent me a picture from last year. 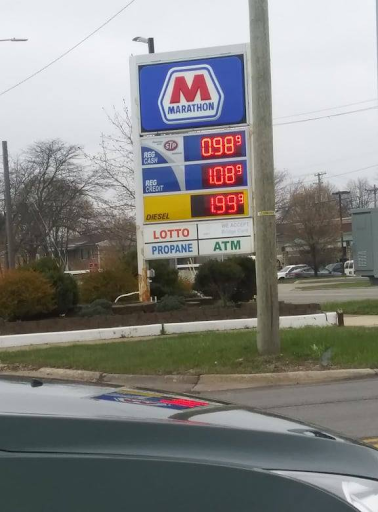 Gas prices were low, work was returning to this country.
China’s threat to us was being challenged. We were at peace, North Korea was no longer threatening war.
The Middle east was standing in line to sign the Abrahamic Accords, the Middle East peace treaties that John Kerry said could never happen.


All this, despite a relentless attack by the Left on Trump.
You know all this. You were there. You were there on election night where Trump was ahead when you went to bed.
People we’ve had on this show saw the election fraud with their own eyes or were part of the investigation of it.
People like Pat Colbeck and Matt Briggs.
How did it come to this?
First there had to be something that would bring this country to a halt. Something that would shake faith in the leadership of the country. Of course, the repeated attempts at impeachment were a part of that process.
and that wasn’t working. But to some extent, it did work. Part of the goal was to delegitimize the duly elected administration of Donald Trump. To remove some of the shine.
Then there had to be a reason to change the way we hold elections. There needed to be a motive to do this.
That came in the form of a virus that (surprise!) came from a laboratory in communist China whose purpose was to weaponize viruses, euphemistically called “Gain of function”. You know what gain of function means right? It is the weaponization of the virus. If its function is to make people sick, gain of function makes it worse.
And this was funded by Fauci, the guy who was supposed to get us through the crisis. An ally of China.
Remember, and I’m sure you do, China was and is the biggest threat to the United States, not White Extremists.
Communist China and it’s economy was the geopolitical entity most threatened by the policies of Donald J Trump.
Remember the posturing of Congressman Eric Swalwell that President Donald Trump was an agent of Russia?
If there was concern with Trump being influenced by Russia, which had been totally debunked, why did the media not protest Swalwell’s office (and bedroom) being infiltrated by a proven Chinese spy.
Like the media did not protest about Dianne Feinstein’s Chinese spy (and chauffeur) of twenty years?
Why did Pelosi still support him and his position on the sensitive intelligence committee?
Now we come to the election, which was demonstrably twisted from any resemblance to a Constitutional election.
Sure, we still had the Electoral College. That has not been removed. Yet.
But so many electoral processes were distorted in unconstitutional manners that many states by any right should never have had their votes certified. You know this. I’m just re-capping.
State Legislatures are to determine the process by which a state selects it’s electors to the college. Tim Crider, author of The Electoral College for Patriot’s, has been on this show to explain it to us. Instead, governors and secretaries of state usurped power to themselves to dictate how the elections would be twisted due to the ChiVi menace. Twisted to allow the fraudulent voting that took place.

So fast forward to January sixth. You know, when elements of “white extremist” parties attempted to overthrow the duly elected government of the United States. You know, the Trump administration that was still in power at the time.
How does that even make any sense?
You know, the insurrection where the capitol Police held the doors open for the rioters and invited them in, admonishing them to continue peacefully.

So now we have an administration that surrounds itself by barbed wire and armed troops.
That insists that the greatest threat to the Republic is White Extremists.
That is seeking and imprisoning people who were tangentially involved or merely present in D.C. on Jan 6th.
The military is being cleansed and emasculated.
Now Biden is threatening the people of this country with his control of F15s and nuclear weapons. 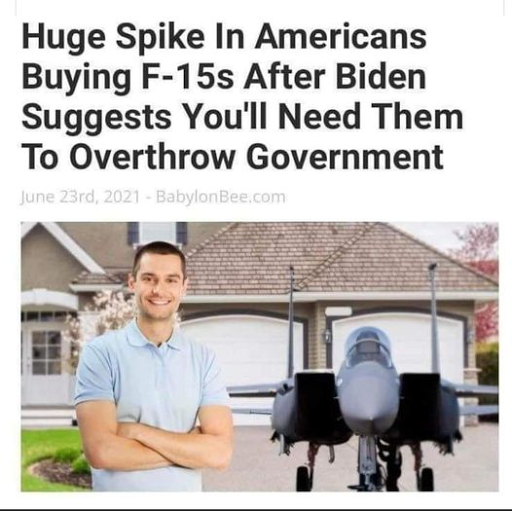 "Encouraged by his wife (Jill?), Macbeth kills the king, becomes the new king, and kills more people out of paranoia. Civil war erupts to overthrow Macbeth, resulting in more death."

We are in a civil war. It has started. Be not deceived. Your government is opposed to you. It is afraid of you.
Be worthy of that respect. Make a plan to make a stand. Where you will draw the line.
A government that supposedly was elected by the huge turnout for Biden should not feel so threatened by the populace.
Dick Cupcka was talking about this on his show, Trigger Talk, earlier.

Our government is moving against us, removing our civil liberties, dividing us along racial and cultural lines.

This is a serious charge, but I can’t come to any other conclusion. Tell me anything this administration has done for this country.
States in the south are banding together for the defense of the border that the federal government refuses to do.
This can’t end well on it’s current course.
Joining me today is Matt Briggs, statistician to the stars, co-author of THE PRICE OF PANIC: How the Tyranny of Experts Turned a Pandemic Into a Catastrophe.
Matt has a PhD in statistics from Cornell University. He is the author of Uncertainty: The Soul of Modeling, Probability & Statistics and the author or coauthor of over one hundred scientific papers.
I asked Matt to join us because I like talking to him, he’s a smart guy.
Check out his blog at https://wmbriggs.com . It’s very informative reading.

Posted by Ed Bonderenka at 3:57 PM