The Cross and the Result 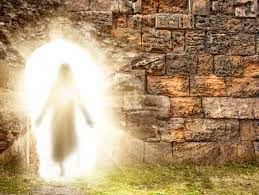 I wanted a rabbi for a discussion of Biblical Prophecy and the Bible says that: “In those days it shall come to pass that ten men out of all the languages of the nations shall take hold, even shall take hold of the skirt of him that is a Jew, saying, “We will go with you, for we have heard that God is with you.”’”

So I went to Bloomfield Hills, and I found one.
My guest today is Rabbi Jerry Weinstein of Congregation Shema Israel of Bloomfield Hills, Mi. www.Shema.com
He’s guest hosted for Bob Dutko and he was highly recommended to me as a guest.

We had an interesting discussion of Messianic beliefs and prophecies, particularly regarding the suffering Messiah.

The hour I had rabbi Jerry we mostly talked the Crucifixion.
We took some interesting calls with questions for the rabbi.

Then, when my show was over, my friend Pastor Rick Deitering came in the studio and recognized Rabbi Jerry. They had gone to Bible college together!
Rick asked Jerry to stay over with us on Rick's show where we discussed the Resurrections.
I normally sit in on Rick's show after mine.

It was God-ordained, I have no doubt.

Have a Blessed Resurrection Day!
He is risen. He is risen indeed.

Posted by Ed Bonderenka at 8:04 AM

Email ThisBlogThis!Share to TwitterShare to FacebookShare to Pinterest
Labels: Men to be admired, Radio, Scripture References, Your American Heritage